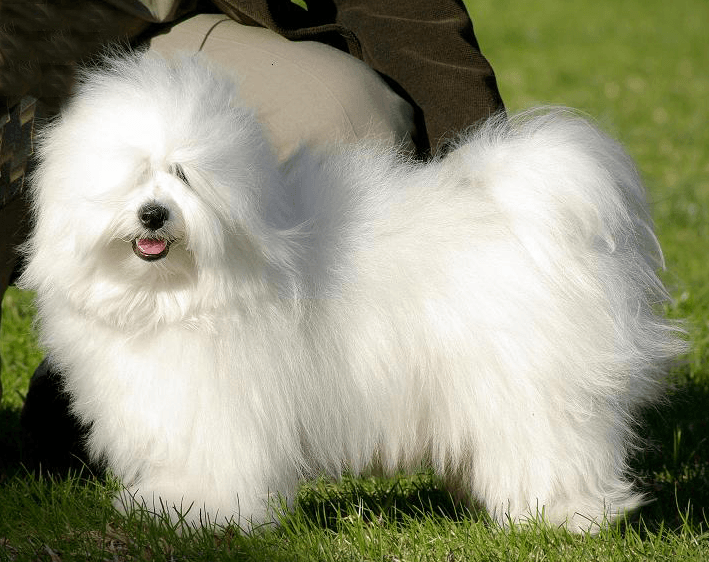 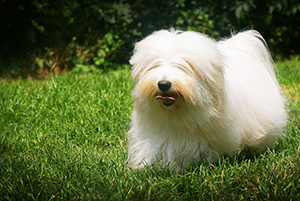 Upon choosing a Coton de Tulear for your new companion, you will be selecting a truly amazing dog. The Coton is truly remarkable in its gentleness, its loving temperament, its laid back disposition, and its desire to always be a part of your life, whether at play or at rest. They are healthy, alert, and always light up the room when they walk in, with a truly captivating demeanor.

Our experience is that Coton de Tulears are excellent dogs for those with allergies, with little to no shedding of hair. Cotons have hair instead of fur that is not silky, but rather like a cotton ball. Their hair may have a slight wave, but it will never be curly. The docile temperament of this breed makes it an excellent family dog that does well with children. Coton de Tulears were originally bred to be a “companion dog” and they still exhibit those same characteristics.

Cotons are generally white with some biscuit color at birth. This biscuit color fades and by the time they are grown they are usually completely white, however the standard says they can have a variety of white, black, and brown (or biscuit). Here are Silky Paws Kennels, we have mostly white Coton de Tulear puppies, however we do have some party colored from time to time. Our grown Coton de Tulear dogs range in weight from 7 to 11 pounds for the females, and 8 to 12 pounds for the males.

Coton de Tulears appeared at the pirate and slave-trading port of Tulear, Madagascar, during the 17th Century. They became the Royal Dog of Madgascar before being brought to Europe. They have recently been brought to the United States and became recognized about 10 years ago as Foundation Stock with AKC. You could only register as FSS with AKC until last July when they became a fully recognized breed. There was a lot of controversy among breeders but the ones wanting to be recognized by AKC won out. They can now be shown in all AKC recognized shows under the Sporting Group Coton de Tulears make a wonderful family dog. They are hypoallergenic, easily trained, very smart, loving, easy going temperament while still being quite playful. They range from 7 to 16 pounds and here in the US they are predominately white with a “cotton like coat. That also was an issue because originally they had more color, but as a political move, to be shown they can only have 5% color. For pets, the ones with color sell very well.

There have been many articles written about the Coton de Tulears: